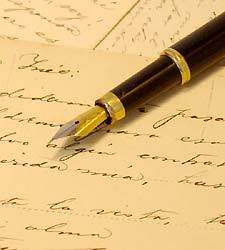 I heard a fellow preacher describe hearing an elderly African American preacher deliver something similar to the following so with a few imaginary flourishes I submit the following.

So I say to you beloved – you ought to read your mail.