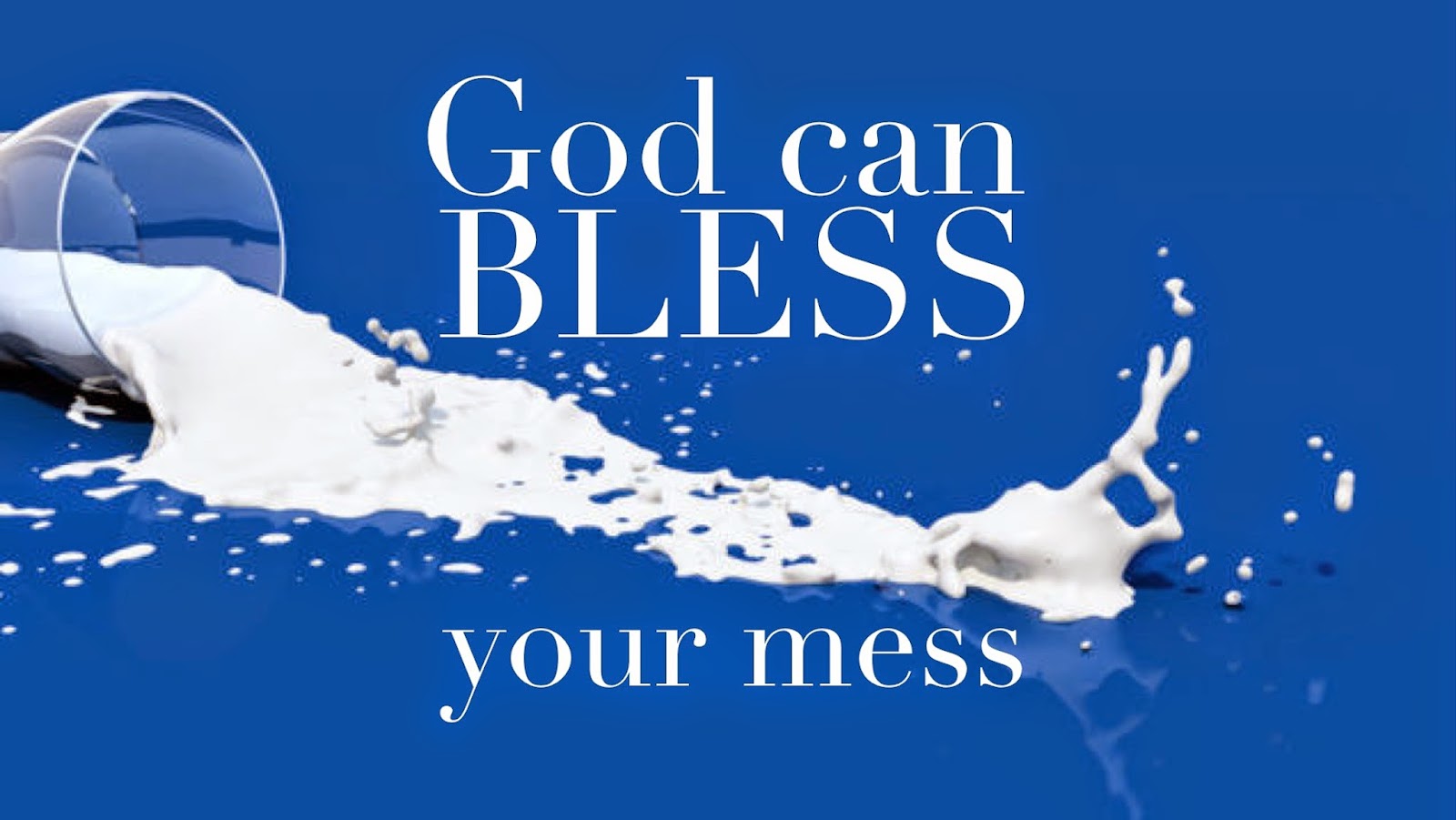 The next time you feel like your life is a complete mess and there is no possibility of recovery, think about the people whose lives are recorded in the Bible.  You know those heroes of the faith…
Eve was deceived
Adam was disobedient
Noah had a drinking problem cursed his grandson
Abraham was too old
So was Sarah
Lot was a compromiser
Isaac went blind
Rebekah played favorites
Jacob was a liar
Leah was ugly
Joseph was abused
Moses had a stuttering problem / murderer
Miriam was a gossip
Gideon was  coward
Samson was a womanizer
Rahab was a prostitute
Jeremiah and Timothy were too young
David was an Adulterer and a murderer
Elijah was suicidal
Jonah ran from God
Naomi was a widow
So was Ruth
Job went bankrupt
Hosea had a bad marriage
Mary was a teenager
So was Daniel
Matthew was an extortionist
Mary Magdalen was demon possessed
Peter denied Christ
The Disciples deserted Jesus
Thomas was a doubter
Martha worried about everything
The Samaritan woman divorced 5 times
Zaccheus was too short
Paul was was an accessory to murder
John Mark was a quitter
Timothy had weak stomach
Lazarus was dead!
And yet God did use them in spite of the mess.  So no matter your mess, give it to God.  Love Him, serve Him.  Watch what He can do with a messy person.