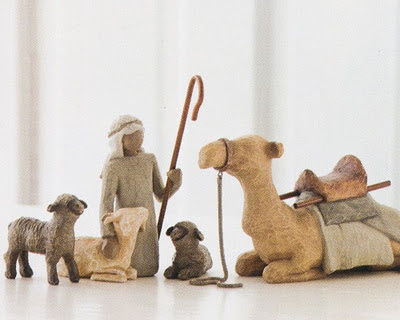 I have received birth announcements in various ways. There is the traditional baby-themed card in the mail. I have also been handed candy, lollipops and back in the day, cigars. In the modern era I have been informed of new arrivals by text message, twitter, facebook and instant message. No matter the method of delivery, at the time, it seemed normal. In the second chapter of Luke, we find the “birth announcement” of Jesus and the unusual method chosen has become an integral part of the Christmas story. A group of unnamed shepherds were the first outside the family to get the news. But why shepherds? Of all the means available to spread the news of this unique birth why would working-class wool chasers be the chosen ones? Why recruit these who were minding their own business until an angel dramatically interrupted an otherwise uneventful night to declare, “Do not be afraid, for behold, I bring you good tidings of great joy which will be to all people. For there is born to you this day in the city of David a Savior, who is Christ the Lord.”

I think the answer to the “why the shepherds” question can be found not in what they witnessed by finding the “Babe wrapped in swaddling cloths, lying in a manger” but by their response. Luke’s account tells us that, “Now when they had seen Him, they made widely known the saying which was told them concerning this Child.” Thus began a pattern that continues a couple of millennia later. The preferred method of spreading the message of God’s love for the world as expressed through Jesus is by ordinary people passing the news on to others in their lives. Here is where it gets personal. We do not need to be the spiritual elite to spread the message. It can be transmitted by casual contact. The reason that the birth of one first-century Jewish baby is noted around the world is because the message has gone viral.

In the midst of the hoopla of the holiday season people of faith should be reminded that our simple touches of care, our ordinary acts of kindness, and our normal conversations can be opportunities for others to be infected by the old, old story of Jesus and His love. Someone in your world is waiting to hear Jesus birth announcement.